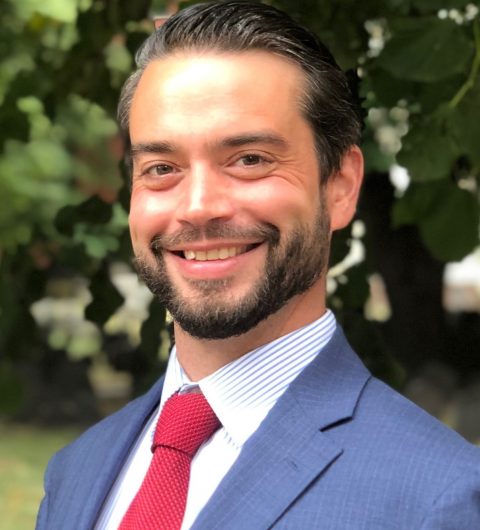 James is a graduate of Fairfield University in Connecticut, where he earned a Bachelor of Arts Degree in 2007 in Political Science with a minor in Russian and Eastern European studies. Prior to law school, he was awarded an internship by an Arizona public policy think tank-litigation center, where he focused on education, tax, and health care policy studies. A staff position immediately followed before he entered Suffolk University Law School’s evening division while working full-time for two sole practitioners; one specializing in real estate and the other in bankruptcy. The campaign trail called him following graduation in 2014, where he field-directed grassroots canvassing efforts and hired staff for a political action committee in support of a New England candidate and a California public policy referendum. Since entering the practice of law, James has been associated with a sole practitioner general practice firm specializing in family law, estate, and personal injury litigation and, most recently, a suburban Boston full-service firm, where he continued a specialty in family law. James joined Derrevere Stevens Black & Cozad in 2020 as a member of the firm’s expanding subrogation team in the New England region. James is originally from Philadelphia and resides in Boston’s North End.