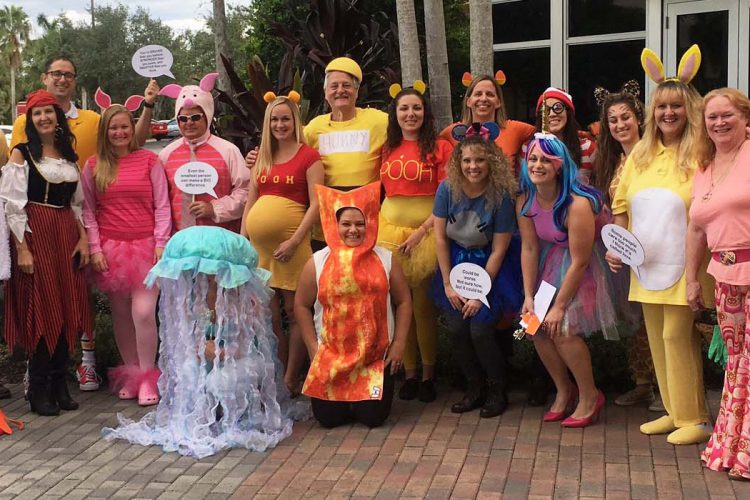 Although unplanned, this year turned out to be “The Year of Winnie the Pooh.”
Both Michael Stevens’ and Jon Derrevere’s teams showed up to the office in Winnie the Pooh garb.

Everyone looked spectacular but as with any contest, there can only be one winner for each category.
Here they are…

(Pictured from left to right)

We hope everyone had a Happy Halloween!