Derrevere Stevens Black & Cozad Taps Michael B. Stevens as its New Managing Partner as the Firm Continues its Technological and Geographical Expansion Beyond Florida and into New England 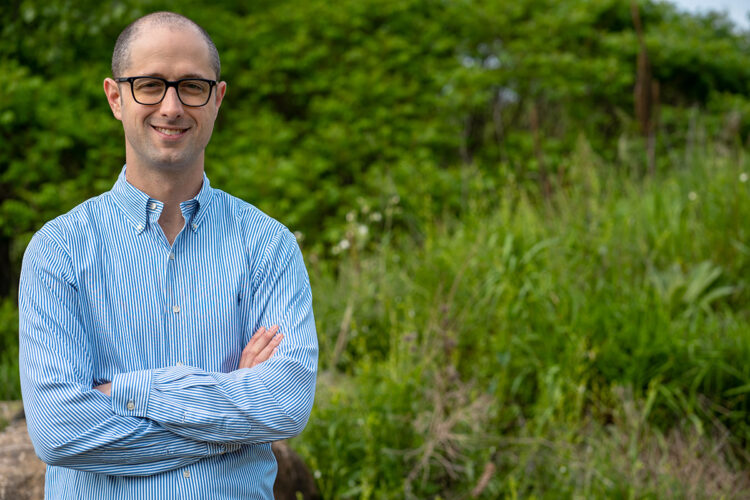 Having made Partner at DSB&C before the age of 30, Michael is no stranger to seizing upon opportunities whenever they are presented. Five years ago, Michael shook the firm from its quiet and content comfort zone in Florida when he slowly began expanding the firm’s practice into New England. Convinced that there were opportunities being missed and prospective clients in need of the firm’s services, Michael began splitting time between South Florida, Vermont, and Massachusetts to explore growth to the north. Within four short years, the firm now boasts four full time attorneys in Vermont and Massachusetts focusing on insurance subrogation to complement the 19 attorneys on its roster in South Florida. Demand continues to outpace supply which has the firm looking to continue its hiring spree well into the summer.

Serendipitously, it was Michael’s push into the north that positioned DSB&C to come through the pandemic stronger than it went into it. When Michael arrived in Vermont at the beginning of 2017, the technological infrastructure did not exist at the firm to allow one of its attorneys to interface with the firm’s database and personnel in a meaningful way. Long before the terms “Zoom” and “Teams” were commonplace in everyone’s daily routines, Michael created new process to allow employees to communicate with one another when they were not in the office. Cameras were provided to everyone on Michael’s team to allow for visual interaction on a daily basis, regardless of where the person was located. The firm shifted the majority of its case management practice to the cloud which untethered the employees from the brick-and-mortar server in West Palm Beach and allowed for unlimited scalability.

In March of 2020 when the pandemic hit the world hard and everyone pivoted to remote platforms, DSB&C was unphased. “It wasn’t as easy as flipping a switch, but we were ready. One partner meeting over the March 13th weekend and two moving days with a dedicated staff the following week made the transition seamless. But for hearing the laughter of children or a dog letting everyone know that the mailperson had arrived in the background of a phone call, our clients were no wiser that anything had changed on our end. We got lucky on the timing. Had the pandemic struck even one year earlier, I am not sure what would have happened,” said Michael. “As they say, better to be lucky than good.”

Over the past year, the firm has seen tremendous growth in all areas. While its insurance defense roots have continued to be the steady heartbeat of the firm, insurance subrogation is on pace to take over as the firm’s number one revenue sector in the next year. Having taken the firm’s subrogation division from a two-person team in West Palm Beach to one boasting 15 employees in four different states, Michael’s partners are looking to him to help nurture the firm’s continued long-term growth. “I am excited for this new opportunity and the faith my partners have placed in me.”

With this new role, Michael will be overseeing the day-to-day management of DSB&C with an emphasis towards leveraging the firm’s talent and technological prowess. “Anyone who thinks the legal industry is going back to the days of 30 lawyers gathering in a room for 5 minutes with a Judge on motion calendar hasn’t been paying attention this past year. Everyone benefits from virtual appearances. Clients pay less in fees and costs, and attorneys are less stressed by not needing to spend hours on the road to appear in person. Most people won’t admit it, but I know it’s not just me that loves getting to use my own bathroom most days – and let’s not forget how much we are helping the environment by leveraging this technology. Less car rides, and less plane rides means less carbon footprint. You don’t have to want to embrace a tree in Vermont to know that every little bit helps,” says Michael. “Beyond being good for the environment and business, helping the firm leverage technology also means more time with your family and doing the things that you love. There is no point in working this hard to not be able to enjoy the fruits of your labor with those that are important to you.”

With the overwhelmingly positive success of the firm’s work from home program this past year, DSB&C made the decision to make the program permanent. “If you want to work from home and can do so as a productive member of our firm, then you shall have that privilege,” said Michael. “Our employees are happier working from home. Why would we want to mess with that?”

Michael recently relocated to South Burlington, Vermont with his wife Amanda, and their two children. When he isn’t fighting the good fight for his clients in a courtroom, he enjoys identifying and testing out the best food in the cities he visits, hiking, skiing, and being the only Florida Panthers’ fan in all of New England.

Jon D. Derrevere scores another victory for Target at the 11th Circuit Court of Appeal